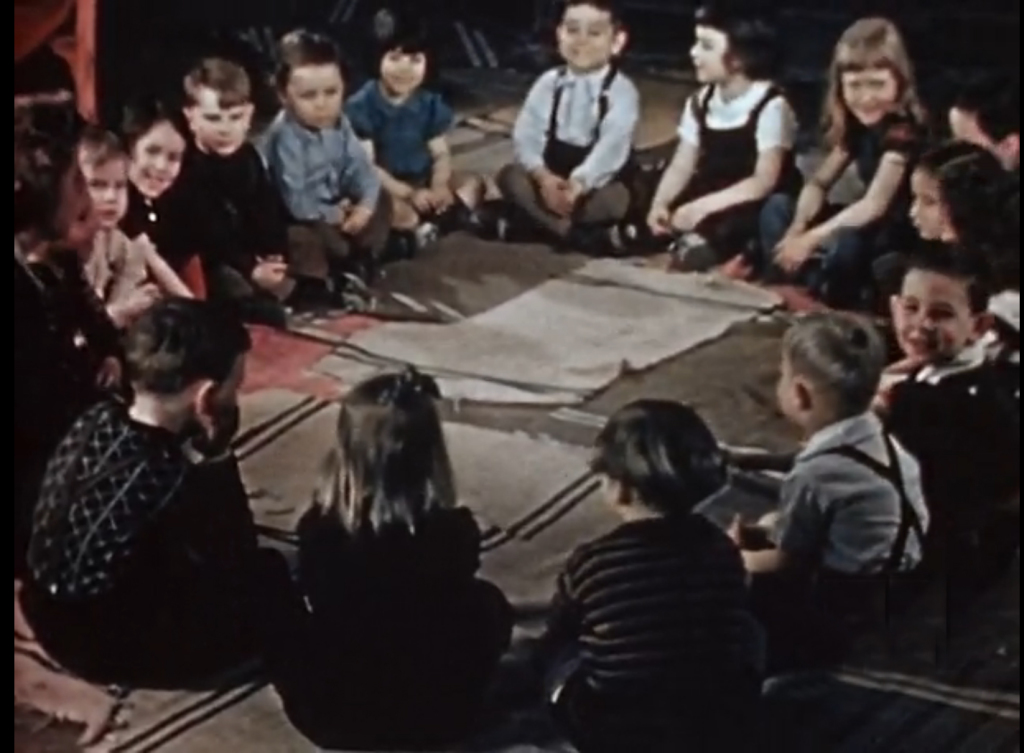 Finally they are safe, really safe, all the time, because the nursery school attendant doesn’t have to leave them to answer the telephone, go down cellar or run to the letter box.

95 Bellevue Avenue has been at the cutting edge of high quality, affordable childcare for over seventy years. On October 6, 1942 it opened its doors as the No. 1 Dominion-Provincial Wartime Day Nursery, the first federally funded daycare in Canada. The wartime day nurseries were established in order to provide care for children of women working in essential war industries and were funded jointly by the Federal Government and the Provinces. Not only was 95 Bellevue the first day nursery to open, but it also served as a training centre for future day nursery employees and volunteers. The Bellevue Provincial Training Centre modeled exemplary care and standards for potential supervisors of other units. The philosophy of care at the Centre was premised on the ideas of Dr. William Blatz and the Institute of Child Study, who believed that caregivers ought to foster independence in children by teaching them how to feed, bathe and dress themselves. Emphasis was placed both on routine and on free play.

When WWII ended the federal government cancelled its funding for childcare and announced that the day nurseries would close. Toronto mothers found this unacceptable. Not only were women eager to continue working outside of the home (a 1945 survey found that 90% of Toronto women intended to continue working after the war), they also felt that their children deserved the good care and healthy food they received in the day nurseries. They formed the Day Nursery and Day Care Parents Association and, along with the Toronto Welfare Council, began to organize mothers to protest the cuts. In 1946, Toronto mothers coordinated a letter writing campaign directed at the Federal Government, insisting the day nurseries remain open. When the Federal Government declined to respond, they focused their attention on the Province, organizing a mass protest at Queen’s Park, meetings at Massey Hall and simultaneous actions across the city. As a result of their advocacy, the Ontario Government passed the Ontario Day Nurseries Act in 1947. Some of the nurseries would stay open. They would be funded by the Province and administered by the City. 95 Bellevue was one of the day nurseries that stayed open, eventually becoming the Bellevue Child Care Centre. Until 2013 it was a municipally run childcare centre. Staff were unionized City of Toronto employees and the Centre offered spots to parents with subsidies.

While this Centre managed to survive, however, childcare in Toronto has remained a ‘patchwork quilt’ rather than a coherent system of accessible care. By the mid-fifties, the average fee per child had risen to over 600% of wartime fees. Fees have continued to rise and today the City’s waiting list for a childcare fee subsidy is extremely long. For many parents, childcare in a high quality centre simply isn’t an option they can afford.  Parents and childcare advocates have struggled for decades and continue to struggle to secure universal childcare.