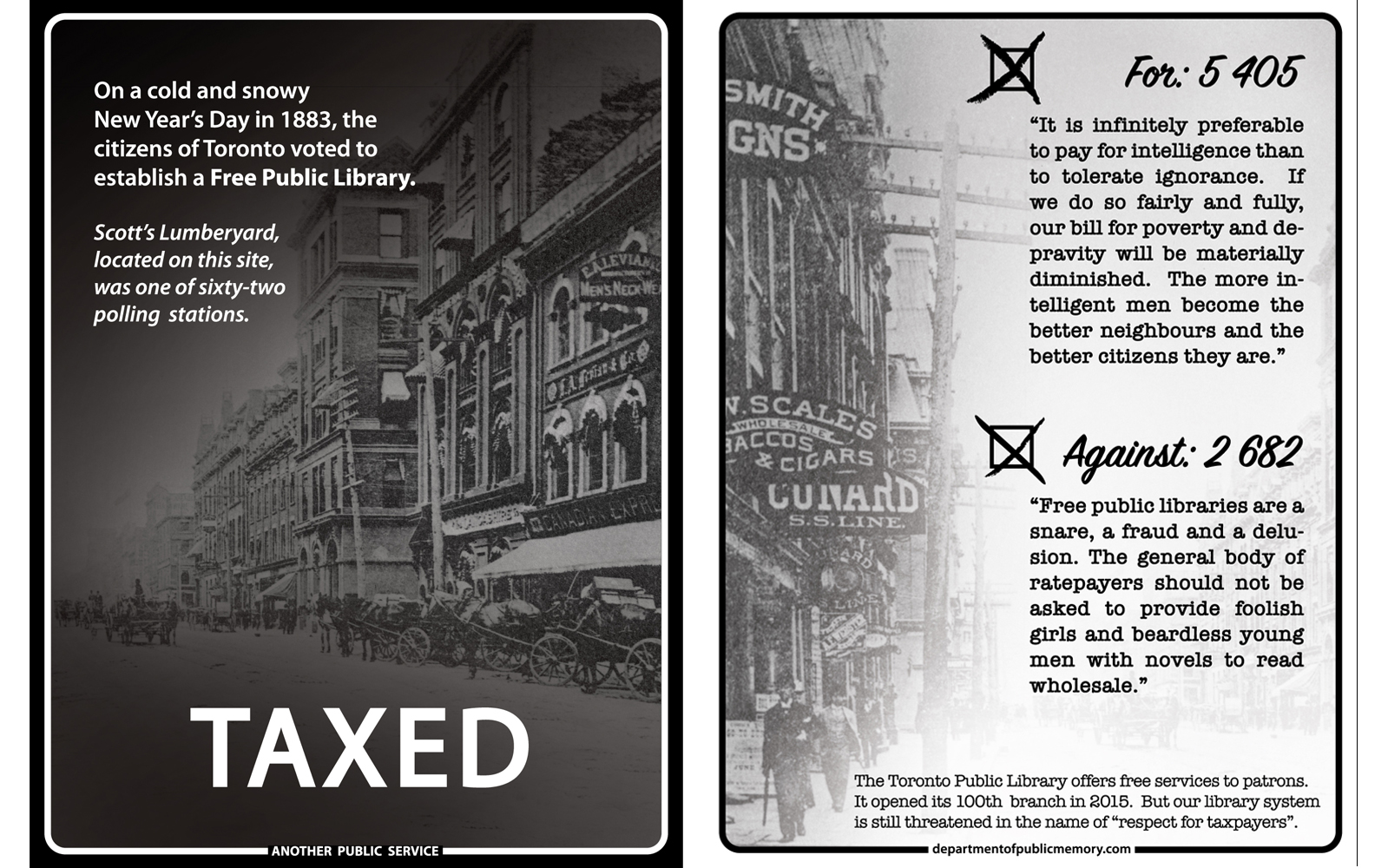 The city forgets that on New Years’ Day in 1883 Toronto rate-payers voted to use municipal taxes “raise the standard of public intelligence”.  On that day citizens traveled to polling stations throughout Toronto’s downtown to vote on whether to fund a “free” (public) library.  A majority voted “yes” and thus the Toronto Public Library system was born. This was the first time that Toronto taxes were used to pay for social infrastructure and the arguments for and against resonate today.  Among those who worked tirelessly to institute the free library were Aldermen John Taylor and John Hallam.  Today the Toronto Public Library offers free services to patron, and opened its 100th branch in 2015.  On September 30th, as part of Toronto’s Nuit Blanche all night art festival, DEPARTMENT OF PUBLIC MEMORY unveiled a commemorative sign to honour the beginning of the Free Public Library system in Toronto.  A sign was unveiled at the corner of Yonge and Charles Street, which in 1883 was a lumberyard, and one of the 62 polling stations in the municipal vote.

The TPL has a rich history and vibrant patronage today but despite its status as a model public library system it continues to be threatened in the name of “respect for taxpayers”.