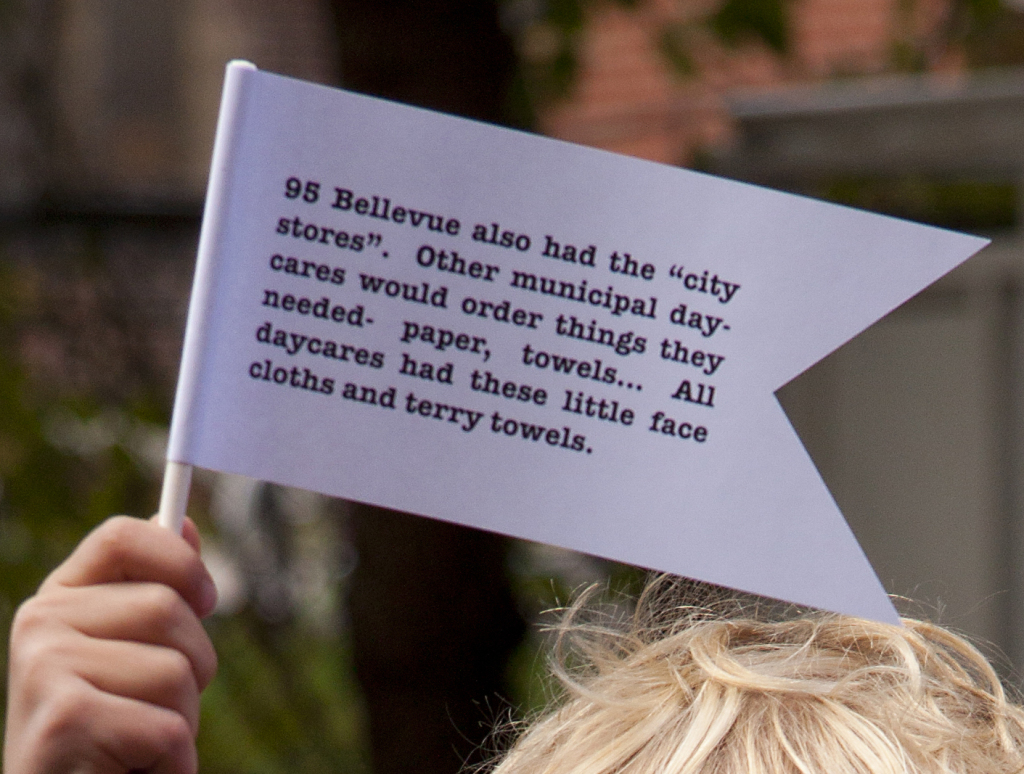 “One important thing about the difference between municipal daycares and not-for-profits is that municipal ones have a lot more resources.”

Currently Canada’s childcare system is a patchwork quilt of options including publicly funded daycares, not-for-profit centres and for profit centres.   According to CUPE, “the City of Toronto is the biggest provider of publicly operated child care services in North America outside the education system. The City is among 27 of Ontario’s 47 municipal or regional governments that operate child care centres and/or family child care agencies—one of the roles set out for them in the province’s Day Nurseries Act.”  Policy analyst Martha Friendly spoke at the DEPARTMENT’s sign unveiling for Bellevue Child Care Centre about the long struggle for a National child care system that provides high quality, affordable, universal childcare.  Listen to her speech to find out more about a the difference between a publicly managed system and a market system, as well as her hopes for the future of childcare.