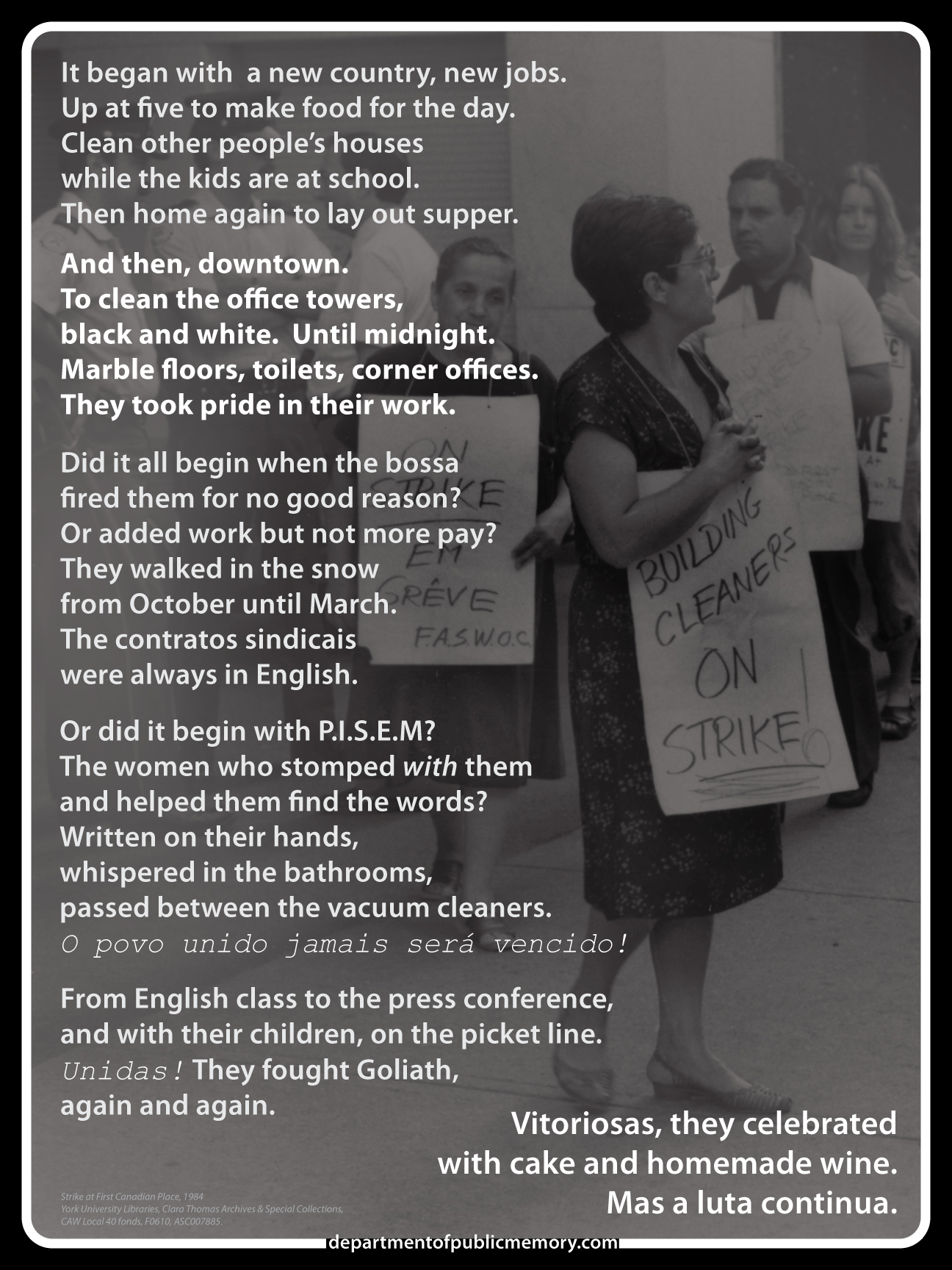 “When we were negotiating the contract we were walking up and down since the month of October until the Month of March, on those streets filled with snow. And people barely thanked us. We paid transit fair, we spent our time, and people didn’t really seem to care.”

[Translated from “Entrevista Com Leopoldina Pimentel” Cleaner’s Action Newsletter, Ano 1, Vol. 1, No. 1. Leopoldina Pimentel was one of the five women who first organized cleaners in the Queen’s Park office complexes. She was fired for her actions as soon as her employer, Modern Building Cleaning, caught wind of the movement to unionize. The next day, two male Portuguese-speaking company representatives arrived at her home to demand the list of names of those interested in forming a union. But Leopoldina had already destroyed the list.]