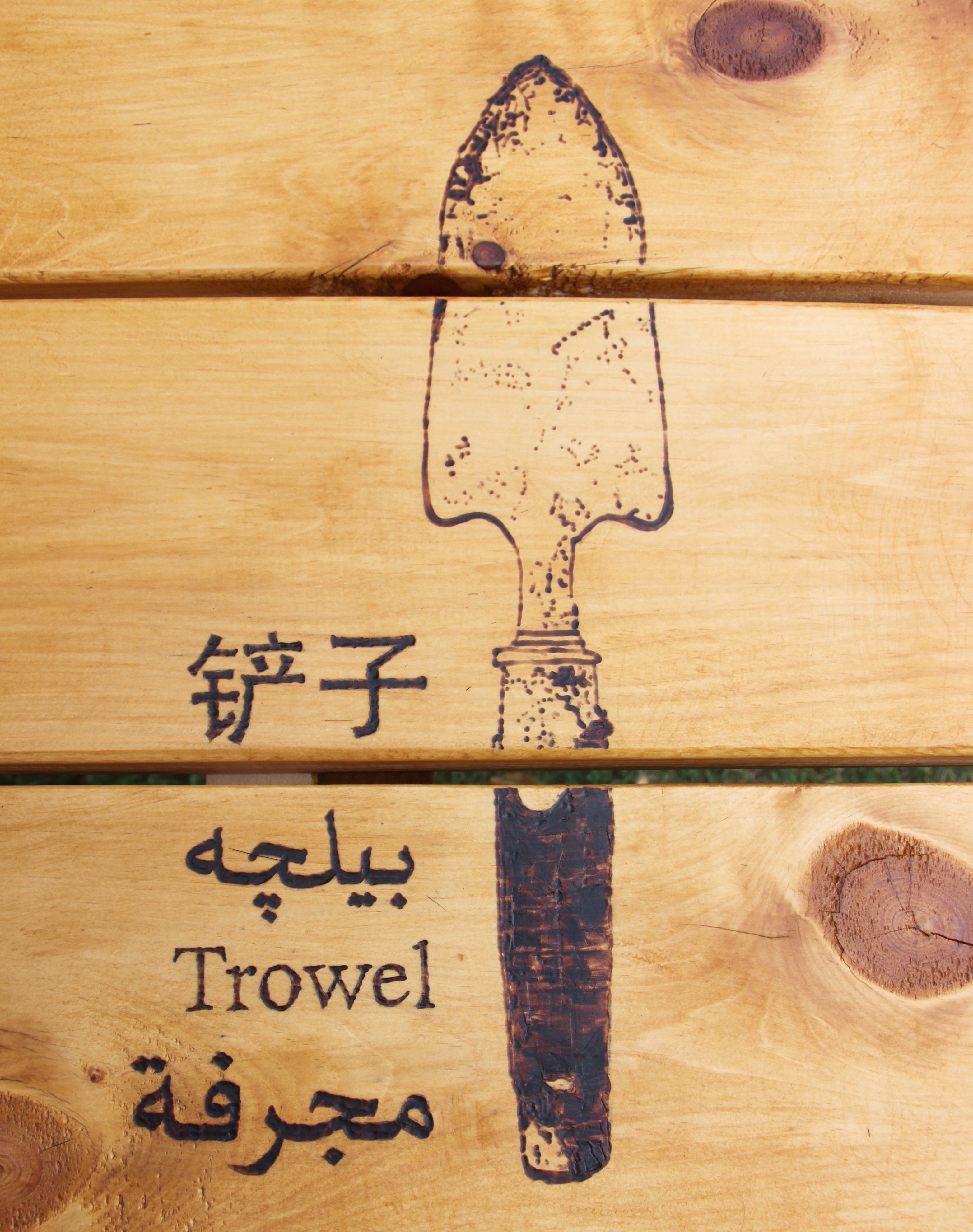 “I remember when this garden did not look like this.  It was all grass here.  I remember digging the boxes in the hot sun.  We had a tiny shovel.  Me and my friend we dug it all up.  It took a couple of months.”

The Oriole Community Garden continues to grow thanks to the efforts of many dedicated people.  With just one part-time staff during the growing season, Oriole Garden relies on lots of volunteers, friends and the gardeners themselves to make things run smoothly.  “Me and my friend were working. Every day were hauling. We both suffered together to make something so nice. We got sun burned.” Nasrin the runs the garden on a shoestring budget with passion, hard work, and rules in three languages.  She started in the garden as an artist, funded by a Trillium Grant to make a mosaic with the gardeners.   When they interviewed her for the job of running the garden, “we instantly knew she was the person we had to hire”.  Community Developer and Hub Manager Luanne Rayvals recalls, “[w]e started having issues that needed cultural competency.  And then Nasrin came in and she could speak Farsi. We didn’t really understand what was happening, what to keep an eye on.  There were starting to be issues … they claimed someone stole something from someone’s garden and then they ripped her garden up and tried to bad mouth her.  And it was because she was Afghani and she was Iranian.  It was issues from back home.  And then people would form factions.  There were class issues …” She does a lot, from the organization of the plots to the daily running of the space, it’s Nasrin who keeps things running smoothly.  She also organizes parties, potlucks, and art programming for kids.

But the work of the garden is not just about the labour of running the space.  Executive Director Marcie Pontes says, “[o]ur success is because it’s not just a garden; it’s outdoor community space.  It’s about the gap – these high rise buildings and then these residential communities with middle-class families in behind.  For me that’s really critical – building community, building friendships.”   As one of their community development initiatives, Working Women Community Centre has done an incredible job responding to the needs of the gardeners while taking a backseat.  “We support things, we don’t want to take over the world.  Whatever needs to get done we just do what needs to make it happen.”

A perfect example of this is the way WWCC responded to the problem of garbage in the garden when it became an issue a few years back.  “People were throwing garbage everywhere.  And the church was getting angry, they were getting charged for garbage removal …  We were getting really panicked about it, having staff meetings.  And then my friend said, ‘They don’t care about gardening or the environment, it’s all about status. They have access to a bit of land. They get to boss around their nieces and nephews … and in our country, picking up garbage is a very low status job’.  The more we told them not to throw garbage … they just did it more. It was getting really bad.  So I was writing a New Horizons grant, and so we wrote a grant to capitalize on the status thing. The Stewardship Program. You had to apply, get training by the City of Toronto. Ten seniors started and eight finished.  They got special ID cards, and they got to train young people, and be teachers, and that’s a high status job.  We learned a lot from that: how we had to respect where they are coming from, what they know.”