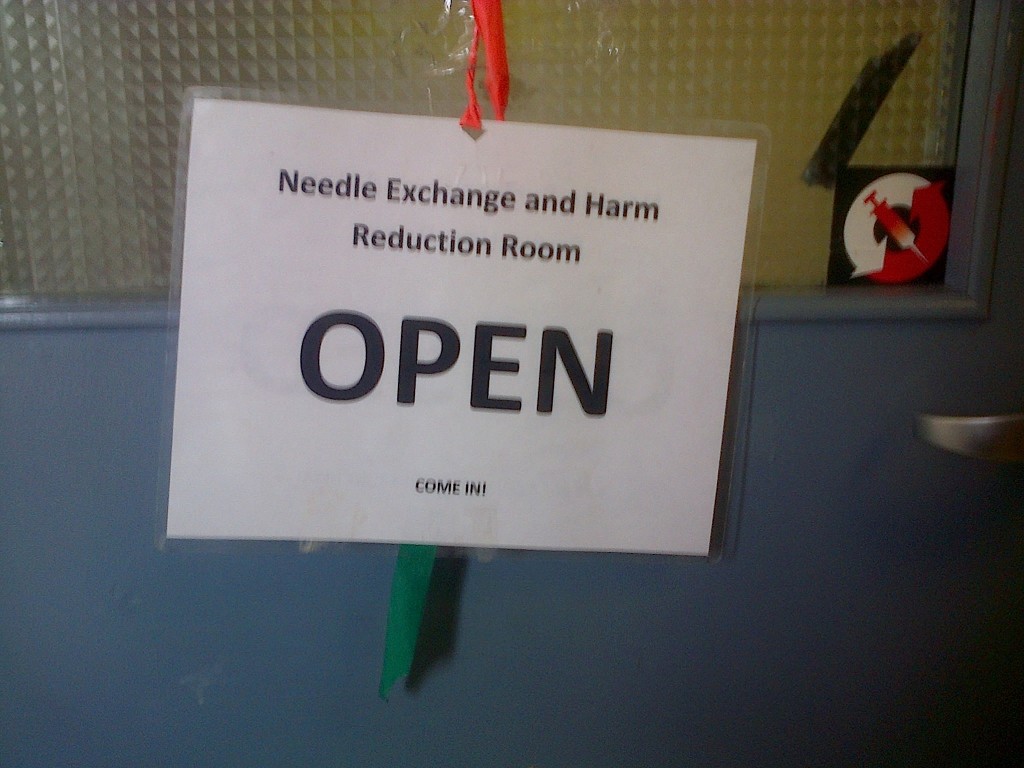 There is a great need for harm reduction work in the city of Toronto but a recent restructuring to the Toronto Urban Health Fund application process has made access to this funding more difficult for some organizations.  There were a number of organizations including the Parkdale Harm Reduction Program that lost their funding on April 26, 2014.  Despite appealing this decision, PCHC was denied funds from Toronto Public Health and had to scramble to find new funding to keep their harm reduction room and outreach program running.  “My initial reaction when we didn’t get the funding was shock and awe. I was ashamed.”

But staff at PCHC rallied and took the loss of the grant as an opportunity to advocate for the importance of harm reduction and to dream even bigger for the future of harm reduction in Parkdale. The Executive Director Carla Ribiera began to ask questions.   “When we lost the grant all the WHYs came up. Why aren’t we provincially funded? Why aren’t we core funded?”  Over the years, many individual staff, peers and clients at PCHC have advocated for and practiced harm reduction consistently, weathering the storms of public controversy and unreliable funding.  “We call ourselves ‘lifers’. It’s not something you can walk away from.”  In the spring of 2015 PCHC announced it would “core fund” Harm Reduction programming at the centre.  Parkdale’s proud history of Harm Reduction will continue.