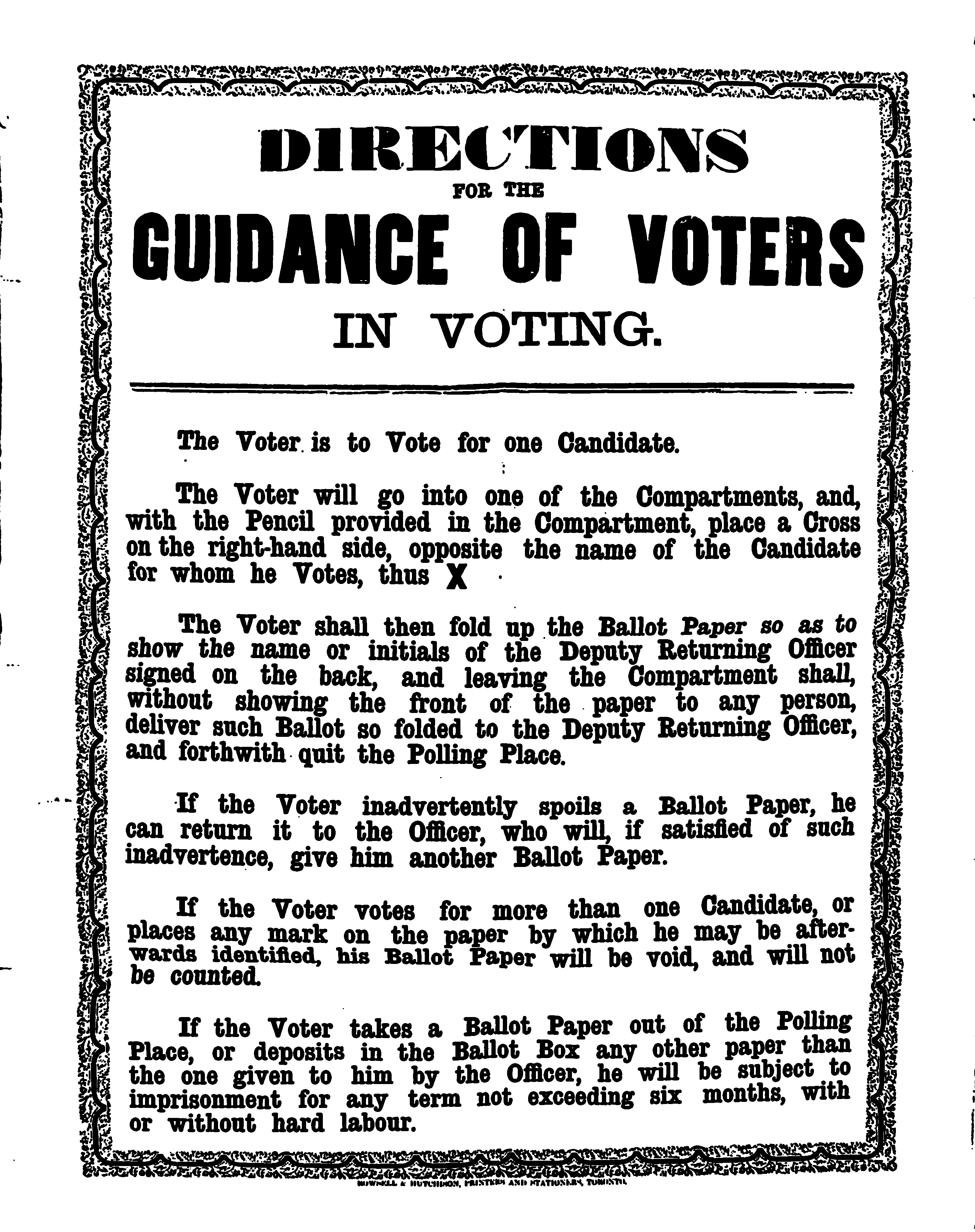 “We ask for a simple right, No taxation without representation. We believe that women who have the same qualifications as men have the same right to vote for all municipal or parliamentary elections.”

[ Excerpt from The Globe, March 7th 1883 “Meeting of the Toronto Women’s Literacy and Social Progress Club”]

In the 1880s Torontonians could vote in municipal elections to choose their Aldermen and Mayor. Important By-Laws were also included on the ballot. In 1883 voters decided to establish a Free Public Library system in Toronto while in 1884 ratepayers voted to divide the sale of groceries and liquor.    In 1886 unmarried and widowed women with the required property holdings cast ballots for the first time, but married women, poorer property owners and tenants still could not.  At this time eligible voters were male, 21 years of age, British subjects holding property valued at $400 or more. While these ratepayers (taxpayers) could vote, many other taxpayers could not.

Over the years voting regulations have changed to allow more and more people to cast ballots in Toronto. Other changes have reduced the ability of citizens to directly vote for By-Laws and other citywide decisions. As municipal ballots began to include fewer and fewer issues for referendum, other forms of civic engagement emerged. Today, citizen input is limited to participation at public community meetings, deputations at City Hall, calling a local Councilor, and public protest.

The last citywide referendum (issue directly voted on by ballot) was held in 1997 on the issue of Toronto’s amalgamation.  In 1997, the Legislative Assembly of Ontario enacted a law to amalgamate the Metro Toronto government and the six municipalities within the Metro Toronto boundaries into an enlarged City of Toronto. A referendum in the six constituent municipalities showed residents opposed the merger by more than 3:1. However, municipal governments in Canada are creatures of the provincial governments. The governing Progressive Conservatives could thus move forward with the merger notwithstanding the referendum. The act took effect on 1998 January 1. (Source: Wikipedia)

Recent civic engagement concerning the fate of the Toronto Public Library system came in the form of 24 hours of deputations to Mayor Rob Ford in July of 2011.

Vote for the Library Memory Archive