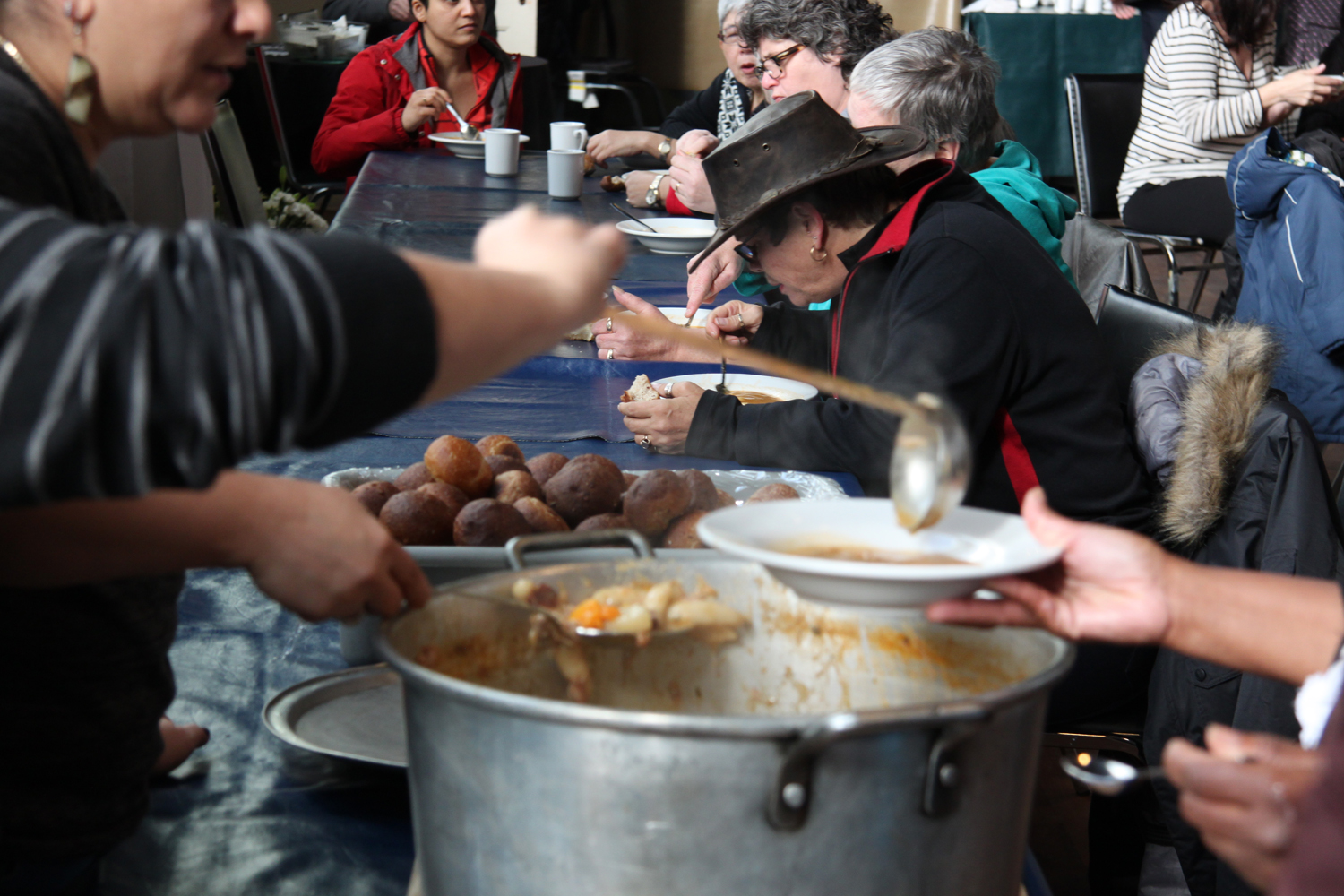 “The space was very confined. We had to sweep and mop and clean the toilets. There was no fresh air. But I still felt it was a safe place to go.”

In the early years Voices functioned as a collective. All staff and members of the Voices Board of Directors were positive women themselves and everyone contributed to the work of running the organization. Voices grew significantly over the years, becoming a diverse organization that supported positive women across Ontario.  As a provincial organization, women came from across Ontario to run Voices.  “I was Chair for a year, year and a half. I had to do 2 weeks in Toronto, 2 weeks at home.  My partner would say, ‘where do you live?’  Five hours on the bus, my T cells were 1300 and by the time I ended they were down to 4-something.  But I would do it over again because the women meant a lot to me.”

While a contentious choice at the time, Voices members decided in 2001 that the organization needed to change and from 2001 until its closure Voices functioned with an Executive Director. In those years Voices was funded by the Ontario Ministry of Health AIDS Bureau, the City of Toronto, the Public Health Agency of Canada and multiple grants, including grants from the MAC AIDS Fund and the Trillium Foundation. Staff roles included that of Volunteer Coordinator, Peer Network Coordinator and Support Worker but Voices remained a member-driven organization.

Voices provided crucial support for HIV-positive women in Ontario. It ran annual retreats, where women from across the province could meet, attend educational workshops and socialize.  Many women spoke about how important these annual retreats were.  “They were almost like a holy day, where you could forget your status and just have fun.”  Voices also hosted a telephone counseling service, in-person counseling and multiple support groups. Through Voices, women also learned to support and counsel one another.  One member remembers the support group she started for HIV-positive mothers, saying, “[i]t provided so many things. For me as an individual, it helped me to regain some of my self-esteem and self-worth, to learn more about HIV, and to learn how to become an advocate. And then, obviously, for the community, it also helped develop a lot of other advocates. There’s so many others. Some of them are dead now. But they all started by coming to that group.”  The Peer Network, which increased the capacity of women living with HIV to support each other in communities across Ontario, was also a crucial part of the organization. Most women who knew Voices considered it both a safe space and a source of empowerment.